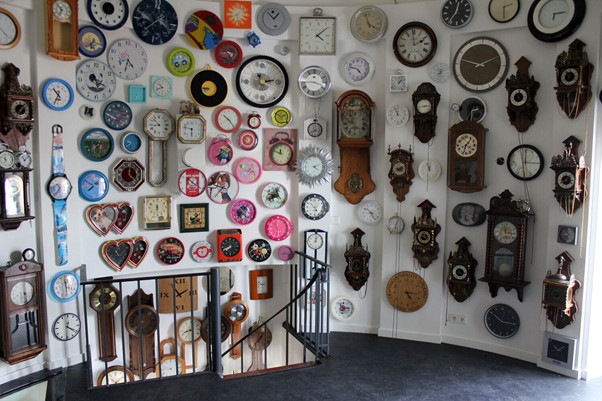 In our minds, objects have associations. Some we may not consciously be aware of.

From the book What Objects Mean by Arthur Asa Berger (above image):

“From a semiotic perspective, nothing has meaning in itself; an object’s meaning always derives from the network of relations in which it is embedded.”

After reading about the significance of objects as signs, I wanted to explore a bit about how artists use objects within their art. How do they use objects to convey a message to the viewer? Can 1 object signify more than one thing? How about combining objects?

I came across these artists in my research:

Pawel Bownik is a visual artist from Poland. He combines materials, playing with a contrast of plants (organic matter) and man-made adhesive materials. First, he breaks the plants apart. He then uses different objects to glue them back together. He appears to be ‘correcting’ nature. Taking a plant that is whole and perfect and re-assembling it using objects that humans have created.

These photographs are from his book ‘Disassembly’.

Diana Lelonek is an artist also from Poland. She looks at the environment, but in a more straight -forward way.

Her project A Center for Living Things, is a cross between art and scientific research, which grabbed my attention. The work is a collection of found objects, from shoes to plastic and electrical items. The objects were found at illegal dumping sites. She then displayed them, (naturally covered in plants and moss), to explore the idea of  what happens to an object after it has been discarded.

Kitsch Nitsch is a creative partnerships of two artists. They explore style and decoration within design.

In this piece, they have assembled a group of objects into a composition. The objects placed together, are given a new meaning. They become part of a paradigm that is the outfit; In this case, of an imaginary person. The shoes suggest this character is male and an adult. The keyboard bag tells us this is a man whose work involves using a computer. The gloved lady’s hand looks like an assistant handing him his bag. This signifies his importance. The use of bulldog clips signifies an office environment. The artist uses these visual clues to build up a picture for the viewer. Each object on its own would still be a sign, but I am interested in the way these objects together combine into a picture and message.

Marcel Duchamp was one of the key Dada artists of the early 20th century. The readymade artworks of the Dadaists were new and revolutionary at the time. The audience were not sure what message to take from these pieces.

Duchamp’s intention with Bicycle wheel was to express an idea using objects. He felt that the importance was the idea and not what a piece of art looked like. This contrasted with the fine art paintings he studied, where the importance was on aesthetics. Bicycle wheel was something fresh in the art world. It was interactive. Duchamp kept the piece in his studio and would occasionally turn the wheel.

Erik Kessels is a Dutch artist and designer. The Clock Tower is a collection of 2800 clocks, displayed in a former clock tower in Amsterdam. Here we have multiple objects displayed together. In my opinion, they look beautiful. By creating the clock tower, Kessels has made a space where the viewer can spend time immersed in the world of clocks.

Kessels brings the clock to our attention. From this photo, we can see the combination of styles he has found. The clocks on the right-hand side remind me of an old-fashioned and serious character who would have this kind of clock in their home. The clocks on the left-hand side suggest the opposite character, people who are young and bright. Each clock would belong to an individual. (We only need one clock to a room) This piece sparks my imagination and leads me to wonder about the many different personalities on display.