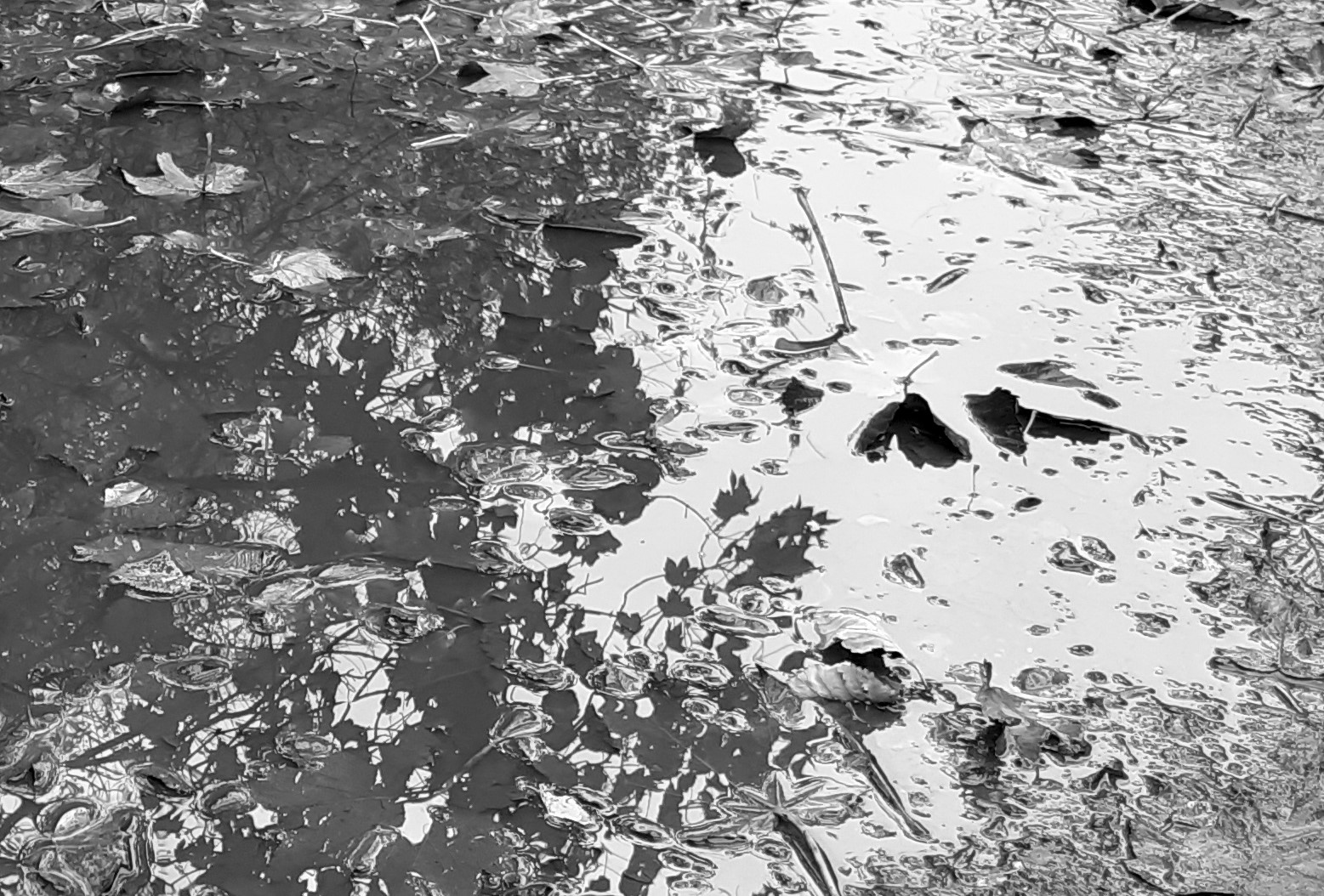 Collage artist based in Berlin. What I find interesting about her work is the variety of techniques she uses in her collages. Each collage is different and surprising. She experiments with the physical quality of the paper. Sometimes folding it like a fabric and other times cutting the paper with a scalpel.

In this image, she has cut the paper carefully into a smooth curved line. The area of the face stands alone on the page. Cutting an area out is an other way of concealing an area, this adds mystery.

I like the choppy style of cutting within this collage. It reminds me of a smashed window. Some lines are parallel but the piece is asymmetrical.

The white area hides the image behind. Because of its shape, we see glimpses of the figure between the branch-like shapes. The flat quality of the white area balances out the depth and blackness of the photograph.

Cutting out sections of an image means you can re-arrange them on the page to your liking. The medium of collage means you can be selective with what to include. In this image, I am drawn to the shape of the negative/white space.

I like the way Reitemeyer plays with layers in this piece. The shape she has cut from the yellow paper acts as a frame for the image behind. The choice of plain yellow draws the focus to the figure. If she had used another image for this top layer, it might look confusing or flat.

I like the way she has broken the image into sections. To me, this symbolises something broken or unsettled about the character or narrative.

When starting the project of making my final zine, I wasn’t quite sure where to start. I needed to generate more ideas about the context, layout and visual elements. Having experimented with format, I was happy I had 3 possible formats to work with.

I began to take photos with my phone camera. I focused loosely on the themes of water, home, fragments and seasons. I took the following photos:

I converted some of the images into black and white before printing them. I used these photos as collage pieces to incorporate into my sketchbook along with the image of my chosen object, the raincoat girl.

Before & after photoshop/ camera RAW

Within my sketchbook, I began experimenting with collage as a way to play with ideas for the zine.

I printed the photo of the raincoat girl figure in black and white. I photocopied the photo while moving it around on the scanner. I liked the effect because it gave a wavy underwater feeling.

I placed the photo back into the paper compartment of the printer. I then printed the image of the puddle on top. I found that the combination of the dark areas and lighter image underneath worked well.

I printed this page from the book The Unofficial Countryside by Richard Mabey. I chose this text because of its reference to seasons and the idea of rebirth. I like the combination of colour with black and white.