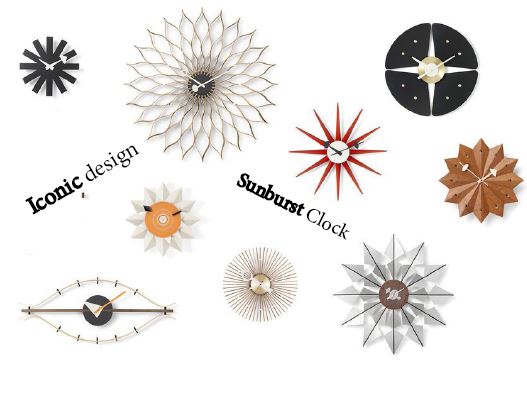 I wrote a script for the 1st draft of the presentation:

Arriving at the design museum, I had no idea what to expect because I’d never been to the museum before. To find the exhibition of designer maker user was easy because of this huge colourful sign and it was obvious to see where to go and it was on the top floor

Walking into the exhibition, I was confronted by so many objects, and it was quite overwhelming because I was surrounded by lots of different objects, from different time periods, things I liked, things I didn’t like, things I recognised and things I didn’t recognise, and this is a picture of people’s favourite everyday things which the public voted on.

Here is a picture of the layout of the exhibition. This is the start, and this is the finish, but when I arrived there, I didn’t notice this was where the exhibition started, so I started at the finish point, meaning I first saw the ‘maker’ section, which focused on the production of the objects. I walked around once and then walked around a second time before I even noticed the ball wall clock, which was right at the top of the wall and easy to see because it’s just so bright and bold. Maybe this is why the museum placed it at the top because you don’t need to see any small details and it just stands out because it’s so loud and different. Straight away I knew, this is my object.

Being on the wall with other time-telling objects is really interesting because it’s on the wall with calendars, filafaxes, watches. But the modern digital watches make the ball wall clock look old fashioned. For this clock to be beside similar objects, helps me to place it in time by comparison. I kind of guessed that it was from the modernist period just based on what I already know about modernist design. The plaque told me the clock was made in 1947 and designed by a designer called George Nelson.

I think another aspect that indicates when this clock was designed, is that the structure of the clock is quite like an atom and this places it in history because in 1946, the first photos were taken from space and therefore people were starting to think about space travel and nuclear research.

This picture is the first drawing of the structure of an atom so you can see that with both there’s a centre and then spokes that extend outwards.

I’ve talked about the design being modernist in its style. the modernist period occurred in the western world between the 2 world wars. It was a philosophical and an art movement. People wanted to look forwards into a utopian future. Modernist designers were focused on reinventing the city after destruction and during the housing crisis. There was a focus on domestic design. After the war people wanted nice things around them in the home, so the design was quite uplifting and happy. Things didn’t have to be there just to serve as a function anymore, they could be aesthetically pleasing. This clock is aesthetically pleasing but I would say is not the most functional because there are no actual numbers, and this could be challenging for some people so it would probably be best in a home setting or somewhere where you didn’t need to know the precise time.

The sunburst clock is another clock designed by George nelson and they’re iconic clock designs because they are widely recognised and really represent people’s homes from that period. particularly American homes. The star shaped designs also reference space.

The ball wall clock that I saw in the museum is still being made today which I found quite amazing, and it just shows how popular and well-loved they are that they’re still being made all these years late r they are currently being sold for 269 pounds and I believe the reason why they’re worth so much is because they are handmade, so this shows really good quality. The choice of different colours now means that they are suitable for more of a variety of different rooms.

And finally, I really like this black version which was introduced after the designer’s death and marked what would have been his 100th birthday. Although the structure is the same, taking away the bright colours means that it looks more elegant and stylish, and I imagine it could be good for a corporate setting and it looks really contemporary compared to the original and therefore I think this version could have much more appeal in today’s world.

I turned the script into prompt cards to use during the presentation:

I recorded my voice delivering the presentation but it over-ran the time limit of 5 minutes. I re-recorded it but could not get the presentation to less than 7 minutes without rushing it. I therefore needed to re-consider and think about where I could cut 2 minutes out.

I thought of 3 possible areas to be cut:

I timed the section about atoms and it was only 40 seconds.

I then decided to cut the beginning slides about entering the museum, as I felt it was less interesting than speaking about the origins of the design.

After needing to cut it down more, I removed this slide, as I felt I could mention his other designs in a sentence within another section: