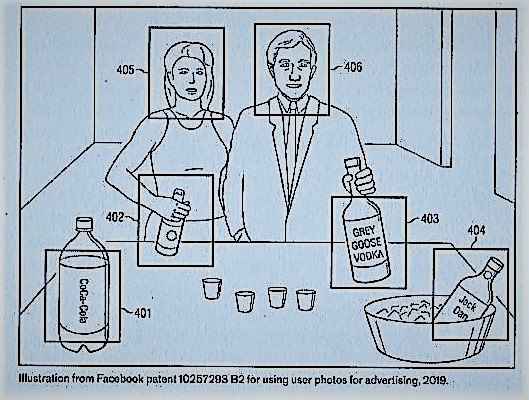 In today’s lecture, we began by considering the themes for this new module.

Blockbuster culture delivers mainstream ideas to the masses. This is found in the free press you find on the train. It is easily accessed everywhere. How can graphic design counter mainstream culture?

Novara Media are an organisation who challenge the mainstream media.

Ash Sarkar uses humour as a way of presenting the topic. She delivers the message with energy and the fast pace keeps the audience engaged. I like the way she uses rhetorical questions to include the audience and place them in a hypothetical experience.

‘The Most Popular Map Of The World Is Highly Misleading’

The Mercator Projection, created by Flemish cartographer Gerardus Mercator in 1569, shows the northern hemisphere enlarged in size with North America and Europe larger than South America and Africa.

They can be designed to deliberately mislead us. We need to look with a critical eye: Who made it? Why? What does it actually tell us?

Propaganda such as this poster was produced during the 20th century. It was often used to recruit people in the army using bold and forceful language and imagery.

Politics in design can be subtle, not just propaganda. And persuasion can be sinister, even if it’s subtle. For example, surveillance advertising and micro targeting occur today. Companies collect data on us without our knowledge. By collecting this knowledge, they are able to profile and target ads to certain audiences. This can be subliminal and sent through social media.

The cover of this book is contemporary, by the images are historical. They are from several decades but no image newer than 5 years.

On skimming through the pages, the pull out quotations stand out to me. They do not look too different to the rest of the text, but are in a serif typeface and slightly larger. From reading them, I am given the basic theme of the book. There is a negative view of materialistic culture and the images support this view:

Not all graphic designers are against advertising.

This chapter of Caps Lock, explains how advertising can be used to ‘hide violence and exploitation in pursuit of profit.’ The Chiquita Banana advert was made to educate and persuade people to start buying bananas from the United Fruits company. At the time, in the 1940’s, bananas were a fruit growing in New Guinea and Malaysia and no one had heard of them. The company therefore needed to convince people to make bananas a new part of their diet.

They did this by using the symbol Chiquita Banana, a sexualised cartoon banana based on the Latino actress Carmen Miranda.

Land was stolen from indigenous people to grow bananas in Honduras, South America. The workers were exploited, paid in vouchers instead of money and killed when they demanded fair pay and working hours. (Which is the short version of events).

“If advertising would be banned from public space everywhere, it would certainly be a blow to a system of consumption that relies on constant seduction.”

“In a timespan of two centuries, society has been commodified bit by bit through enclosure of free and public spaces.”

Century of the Self

The words of Paul Mazur, a leading Wall Street banker working for Lehman Brothers in 1927, are cited: “We must shift America from a needs- to a desires-culture. People must be trained to desire, to want new things, even before the old have been entirely consumed. Man’s desires must overshadow his needs.”

The film starts with a black and white image of Sigmund Freud. We hear playful and nostalgic music from a past era as the narrator talks about Freud’s theory of ‘primitive forces’ within humans. There is a sudden change to the red image of a woman screaming. The words ‘chaos and destruction’. There is horror-film organ music, all feels frantic. Then suddenly the footage returns to black and white with nostalgic old-fashioned singing, while we see footage of a man on a staircase, perhaps Freud’s nephew ‘Edward Bernays’ who we are introduced to.

The organ music again strikes us as the titles appear.

Images of advertisements appear dreamlike, between black and white images from real scenes of crowds, possibly from news footage- a harsh reality. Crowd footage appears throughout the film, possibly to signify the masses who were the focus of the advertising campaigns.

This introduction sets us up, much like a warning as to what is to come later. We may not know who Freud or Bernays is, but we have no doubt there is something sinister about to be revealed.

The pace and unexpected change in tone, keeps us on our toes. The theatrical pairing of images and music contribute to an atmosphere of dread.  Moments of quiet suspense are sandwiched between images of chaos. This expresses the emergence of Bernays and his work in mass manipulation. The change from buying to meet our needs and buying to fulfil endless desires.

Classical music is playing as we are shown footage of higher-class events. This sets up the world Bernays was a part of. Music plays with our emotions throughout the film, giving us an idea of how it is to be easily manipulated.

We are shown images of chandeliers whilst hearing about the necessity of civilisation and inevitability of dissatisfaction. This creates a contrast and makes us questions the worth of the finer things.

“Bernays was the first person to take Freud’s ideas about human beings and use them to manipulate the masses.”

Century of the Self

Today’s lecture introduced me to the sinister truth hidden beneath the shiny surface of everything we know.

Century of the self discussed the shift from smoking being unfashionable for women, to the way women were persuaded to smoke. This was a carefully calculated shift. Actresses were hired to pose with cigarettes. The companies knew they could double their customers by setting up this marketing strategy. That is something I had never considered before.

In the Banana Republic article, the way people have been treated to allow companies to increased profits, is shocking and appalling. The only thing worse is the way it has been covered up for decades.

This discussion has lead me to wonder, what else will I be discovering next?